De Tomaso | The return of a legend for the 60th anniversary 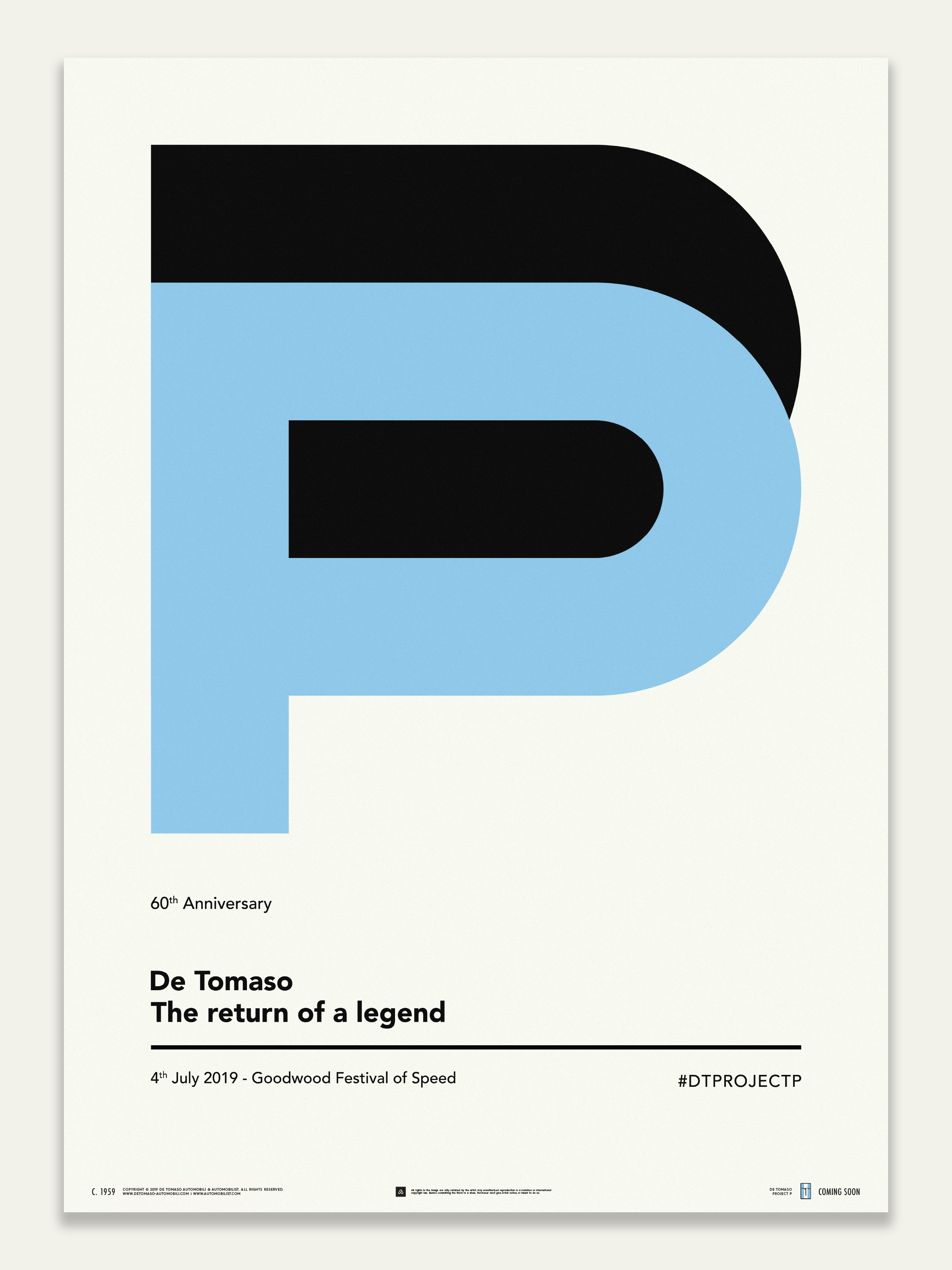 -De Tomaso is coming back in celebration of its 60th Anniversary

-New De Tomaso logo created for the next generation

-The Project P and next generation of De Tomaso Automobili will be officially unveiled on  4th July, 2019 at the Goodwood Festival of Speed

Dear Friends in the Press,

We are pleased to announce that one of the greatest untold stories in automotive history, the legendary marque that is De Tomaso, is officially coming back for its 60th anniversary.

A Man on a Mission

“He came to Italy and wanted to make his debut but he was nobody.  So, he asked which hotel in Modena was the most prestigious?  And they told him, the Canalgrande.  So he went there.  After a month, they gave him the check that he, obviously, could not pay so they kicked him out.  The first thing he did when he made his money was to buy the hotel.  Think about it — it’s incredible!”— Marcello Gandini on Alejandro De Tomaso.

Founded in 1959 by racer and visionary Alejandro De Tomaso, the marque is widely recognized for its most successful model, the Pantera, and its famous partnership with Ford.  However, few realize the depth of the brand’s rich history and achievements such as its racing heritage, producing Formula One cars that were ran by the likes of Frank Williams, amassing a conglomerate of industrial holdings consisting of Ghia, Innocenti, Vignale, Moto Guzzi, Benelli and owning Maserati from 1975 to 1993.  And this is just touching the surface.  Since Alejandro’s passing in 2003 the true brand has been dormant.  However, the spirit has lived on thanks to the passionate international owners clubs.

The next chapter — the rebirth of a legend

“In 2014, Ideal Team Ventures (ITV) acquired the rights to De Tomaso.  Ideal Team Ventures is widely known for it’s success with the re-birth of Apollo Automobil.  Our latest project, the Apollo IE, has received worldwide accolades not only for its striking design and engineering expertise, but also for the philosophy behind the brand, the car and our team’s precise execution strategy. The same core team behind Apollo, including our technical partners, will now embark on the revival of the legendary Argentine-Italian automotive brand that is De Tomaso Automobili,” — Norman Choi, ITV and De Tomaso Chairman.

“Alejandro’s journey was never properly told and we feel his name should be commonly recognized amongst greats such as Enzo Ferrari and Ferruccio Lamborghini. Since the acquisition of De Tomaso we have been secretively working behind the scenes on a world-class revival strategy with the intention to go public with our efforts for the 60th anniversary.  When the new car debuts this summer, not only will another special vehicle be added to the brand’s heritage, but the story will finally be told,” — Ryan Berris, De Tomaso General Manager and CMO.

For the 60th anniversary, the legend will be reborn for the next chapter of De Tomaso and a new project has been created.  The new car is code-named Project P and goes under the hashtag #DTprojectP.  Over the coming months the story telling will commence and we will reflect upon this special brand and its historical milestones.

The Project P and next generation of De Tomaso Automobili will be unveiled on 4 July 2019 at the Goodwood Festival of Speed.

Further information on De Tomaso Automobili will be announced in due course.

A series of high resolution asset accompanying this release is available to download from the De Tomaso Automobili press site and was co-created in collaboration with the Automobilist.